IPAC Chat is a monthly series prepared by members of the board of the Manitoba regional group of the Institute of Public Administration of Canada.

This month’s post is prepared by IPAC Manitoba Communications Chair Emmet Collins.  Emmet is a policy analyst and French Language Services Coordinator with Manitoba Families as well as an Adjunct Professor of Political Studies at the University of Manitoba.

On January 30, 1983, at the height of Manitoba’s French language crisis, the offices of the Société Franco-Manitobaine were tagged with anti-french graffiti and firebombed. 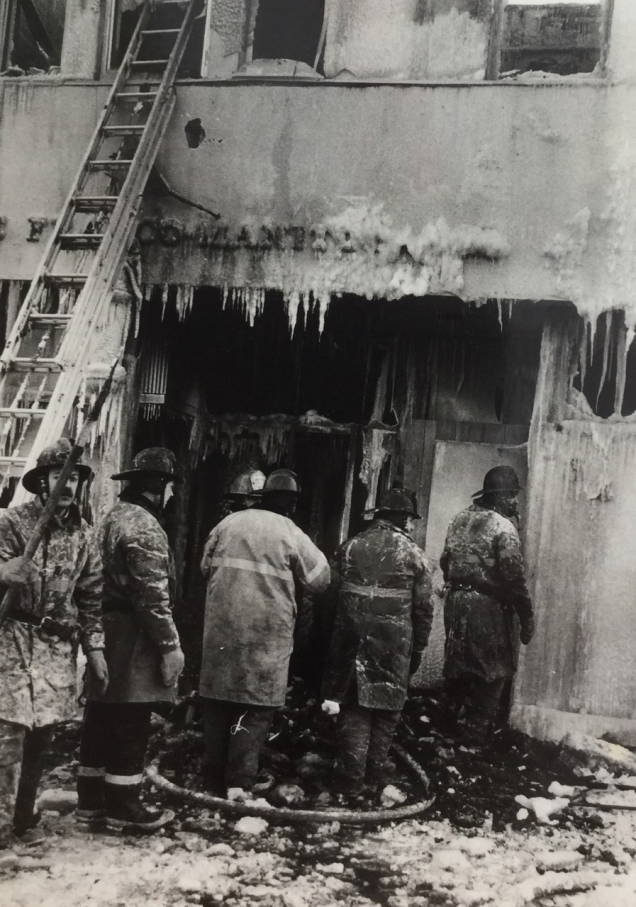 I start most of my presentations on bilingualism in Manitoba with that picture, because it’s a stark reminder.

You’d be forgiven if you’ve never heard of the language crisis, as the specific details are complicated.  Fundamentally, though, it revolved around one question: in what way will the government of Manitoba offer service in French?

By 1983, it was clear that – at least in the courts and the legislature – Manitoba was obligated to offer some services in French.    The question the government, the Franco-Manitoban Society and the population grappled with, was how.

In 1989, the province introduced the first French Language Services Policy. In 1999 and again in 2017, the policy was revised.  In 2016 the province passed the Francophone Community Enhancement and Support Act.

I was in the audience when the Act passed the committee stage, and witnessed the genuine jubilation of the gathered crowd, some of whom had lived through the French language crisis and could hardly believe this moment had come.   When the cheers died down, we were good-humoredly told that the audience for legislative committees must stay silent.

That moment is certainly etched in my memory, but from my perspective the most significant part of the 2016 Act being passed was the lack of reaction from non-francophones.  The Act received unanimous approval, attracted no critiques, and was barely mentioned by media with the exception of the Free Press, who described it as “uncontroversial.”

That’s real progress.   The question for francophones in and out of government, is: what now?

French language services have become uncontroversial, but that doesn’t mean they’ve become easy.  The negative instinct has largely gone away, but it hasn’t necessarily been replaced by a positive instinct toward offering French Language Services.  In many cases, there’s simply no instinct at all.  French language services have gone from being a political problem to a policy challenge.

That’s the challenge our panel discussed on November 29th, with presentations from Nicole Young  from the City of Winnipeg, Teresa Collins from the provincial Francophone Affairs Secretariat, and Guy Jourdain from the Office of the Commissioner for Official Languages.  In their work, each of them struggles with a different element of offering French services in a minority context.

In the federal case, that might be translating the principles of the Official Languages Act in usable, practical guidelines.  In the provincial case, that may be getting people to think in terms of moving beyond the status quo, and living up to the “progress” promised by the 2016 provincial Act.  In the case the city, the challenge is one related to establishing an entirely new infrastructure and approach to French language services.

At times, there is frustration. It becomes tiresome to constantly have to remind people that offering French services is an obligation, not a luxury.  But there is also resolve.  Jourdain, Collins, and Young have all spent many years working in or around French language services in Manitoba.  If the events of 1983 seem very far in the past, it’s due to the creative, thoughtful and, above all, tenacious efforts of public servants like our panelists.  For a younger generation of civil servants like myself, that effort can’t help but be a source of inspiration and hope.

View all posts by ipacmbcomms